Universal GPU System is the industry’s most advanced and flexible GPU server platform in the market today. Designed for large-scale AI deep learning and HPC workloads, this modular, standards-based platform supports the best available GPU technologies in a variety of form factors and combinations both today and into the future.

Universal GPU System is the industry’s most advanced and flexible GPU server platform. Designed to deliver maximum compute power for large-scale AI deep learning and HPC workloads, this modular, open-standards based platform supports the industry’s most popular GPU technologies in a variety of form factors and combinations both today and into the future.

Universal GPU platform has been designed from the ground up to support a combination of CPU and GPU configurations, allowing customization for specific HPC and AI workloads within the data center using a single platform.

Universal GPU platform is designed to work with a wide range of GPUs based on an open standards design. By adhering to an agreed-upon set of hardware design standards, such as Universal Baseboard (UBB) and OCP Accelerator Modules (OAM), as well as PCI-E and platform-specific interfaces, IT administrators can choose the GPU architecture best suited for their HPC or AI workloads. 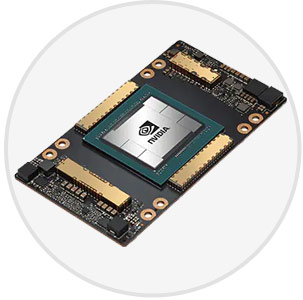 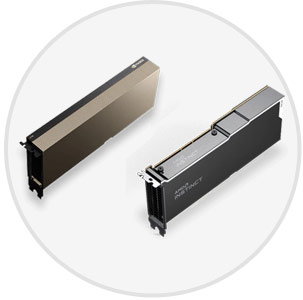 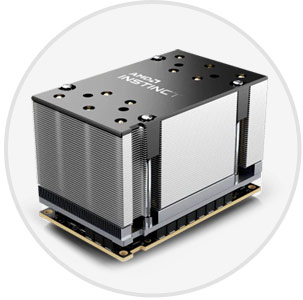 For the most demanding deployments, thermal performance and I/O of the standard 4U chassis can be further enhanced with an optional 1U add-on module. The resulting 5U configuration supports GPUs with TDP up to 700W and provides two additional OCP 3.0 AIOM slots for enhanced networking.

Universal GPU platform’s modular design and compatibility with a wide range of open-standard GPU interfaces allows for forward compatibility with next-generation GPU architectures without the need to replace or upgrade existing server infrastructure, thus reducing the cost of GPU upgrades. The platform has also been designed to easily accommodate next- generation CPU, memory and PCI-E technologies, reducing the cost and complexity of both development and deployment when such new technologies become available.